For quite some time I’d entertained the idea of buying a house in or around the Dordogne region of France.

The town of Brive la Galliarde was exceptionally beautiful, as was the apartment I rented. It’s circular staircase snaked upward through the centre of the building, stone steps worn from the imprint of many footsteps that tread upon them over many years, or possibly centuries.

A Juliet balcony overhung the cobblestone street that carved its way through buildings dating back to the 17th century. It was historically mesmerizing: but again, I didn’t feel it.

However rather than wallow in the disappointment, I embraced the fact that I was meant to come here and make the realization that this is simply not my place.

Yet still my love affair with France continues: it’s language, it’s people and it’s culture pull me into its melodic web.

And that sentiment shone brightly yesterday when I arrived in Lyon and stopped at a street cafe for a beer after a long walk to the hostel.

Basically saying, but probably butchering their beautiful language: ‘I’m sorry I only speak a little french, could you please speak slowly’.

There were no raised eyebrows or sly sniggers, quite the contrary. They graciously responded by speaking perfect English with oh so sexy accents.

Funnily enough, after exchanging stories bestowing them with more of my childlike french, they said when I spoke french, for them, I sounded sexy!!! Too many Pernods perhaps?

What I found most humbling during my time with these lovely people was their kindness and willingness to help me with my french. I was also extremely touched by their praise for my apparent bravery at travelling solo, however I never feel my solo travels are brave.

It’s interesting to see yourself through someone else’s eyes as I have never labelled myself as being brave.

So as dusk begins to ascend upon my travels and my time in Europe draws to a close, I’m humbled as to where I’ve left my footprint.

I’m grateful for where I’ve been, who I’ve met and what I’ve achieved.

So for now, I’ll spend my last few days in France enjoying the company of an old friend.

And the next chapter? That remains unwritten…

Being a dog is a very serious business.

It’s a dog’s business to inspect, sniff AND sample all foods a human consumes.

It’s a dog’s business to always accompany the human to the bathroom.

It’s a dog’s business to always travel in car with the human.

It’s a dog’s business to love and be loved.

Ah, the serious business of being a dog… 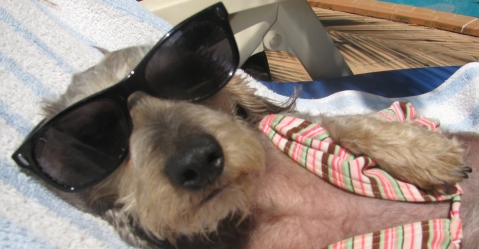 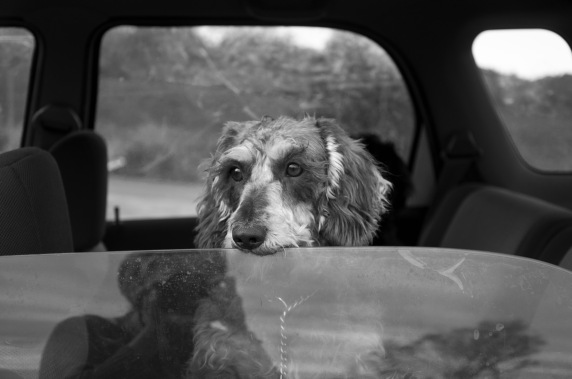 ‘Yes, it’s a bookcase Mum, do you have a problem with that?’

My late father used to say, ‘dogs are the best people’.  How right he was. 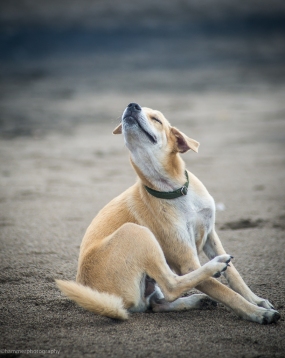 Life takes us down different roads. In our travels we connect, disconnect and reconnect.

Reconnections can be precious moments that shine light and laughter upon those whose life’s paths have crossed.

Over a year has passed since Isobella & Eddie connected.

Embracing and accepting a life now filled with adopted dachshunds, is a life well lived and well loved… 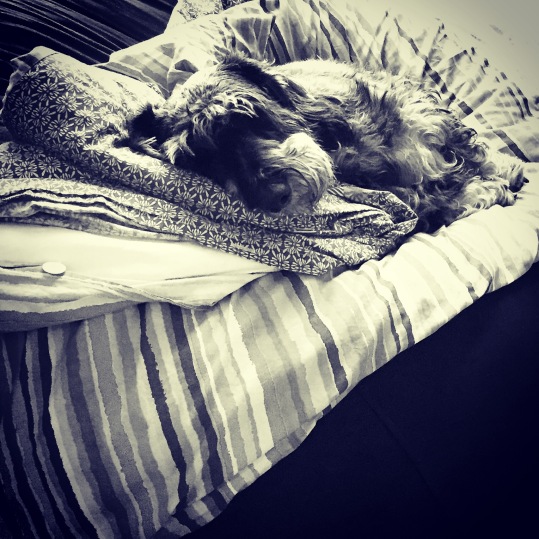 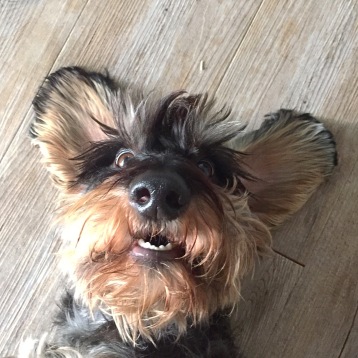 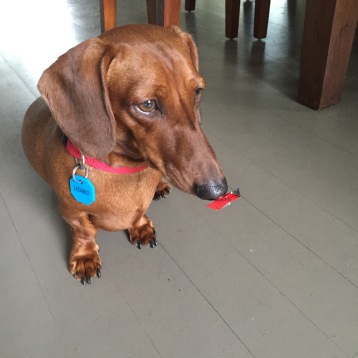 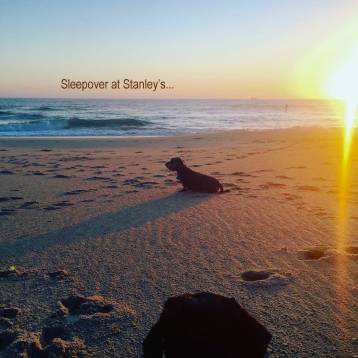 I wish I could talk to animals, my animals in particular.

In doing so I would be able to explain to my beloved Oscar and Stanley that I will be going away for 12 months. But as I cannot, they will be left to wonder where ‘Mum’ is, which breaks my heart and as such, since accepting my teaching role on Penghu, I have shed many tears.

I shared my concerns with my dear friend Amy as 18 months ago, she embarked on a similar journey that took her away from her beloved Lola for 12 months. On her return Lola had not forgotten her, Lola did not turn her back, Lola just continued where she left off. Loving Amy. Her words as usual, were comforting.

I know they will be well cared for as my parents moved into my downstairs granny flat a few months ago and they love them to bits, and Oscar and Stanley are also devoted to my son Rob, who loves them equally in return. But they are also highly devoted to me and if they can, they will be at my side 24/7, just as they are now as I write this post.

Yes, I wish I could speak Dachshund…